Ever since John Sanna’s website threeviews.com went offline, we haven’t had an online resource enumerating Weather Report’s live performances. In addition, I’ve done a bunch of research for a book I have written about Weather Report (more on that very soon), and I’ve documented many more performances than John had, especially those in the United States. So I’m finally bringing this information online. You can access the database by clicking “Gigs” in the header above, or by clicking here.

The database includes all Weather Report performances of which I am aware. Unless otherwise indicated, performances are documented from newspaper advertisements, reviews, posters, ticket stubs, or other ephemera.

In some cases, performances are included without documentation based on their inclusion in previous lists, such as threeviews.com. Undocumented performances are indicated by an asterisk (*) following the name of the venue. The hardest performances for me to document are those that took place in Europe and South America.

I don’t have a way for visitors to add their own documentation directly (ticket stubs, etc.), but I would love to include anything that you would like to share. In order to do so, shoot me an email using the Contact page.

Anyway, head on over and check it out. You can add comments to individual performances–for example, recollections of ones that you attended. 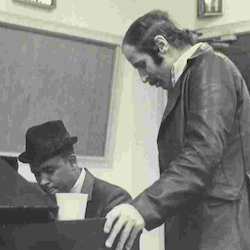 I have written a new article exploring Joe’s relationship with Willie Tee and other musicians from the Crescent City. If you’ve ever wondered about the Willie Tee who wrote the song “Can It Be Done?” on Domino Theory, or who some of the seemingly unknown musicians on Joe’s 1970 album Zawinul were, then this article helps to answer those questions.

Look! It’s a new version of the discography. Things hadn’t changed around here in quite a while; 2005, to be exact. Since then, the web has changed considerably, and the discography needed to change with them. The type became smaller and smaller as computer screens increased in resolution, and modern web browsers failed to format the pages properly. It was looking pretty bad.

So at the end of 2012 I took the plunge and re-implemented the discography using WordPress. I’m pleased with the results. Now it looks good on modern browsers — Google Chrome, Apple Safari, Firefox, Microsoft Internet Explorer 9 and 10 — and it probably looks lousy on old browsers (Internet Explorer 7 and 8). Just the opposite of the way it used to behave! And it also adapts to the screen size; it’s eminently readable on iPads and iPhones. I like that.

Although my immediate goal was to move the site to more robust underpinnings, there have been some content updates as well. In particular, I reworked the Weather Report (1971) page to more accurately reflect the events leading up to the formation of the band.

Some of you will notice that I still haven’t included compilations or the albums that were released after the demise of the band. Of course, there have been several notable additions to Weather Report’s officially published discography, especially documenting the band’s live performances, such as Live And Unreleased and the trio of concert issues produced by the Zawinul estate in 2011. We’ve also been treated to official versions of video that had previously circulated underground among the unofficial recording collectors. I do intend to get to these at some point, but the focus here has always been to tell the story through the albums the band made while it existed.

One of the joys that has come out of this site and its sister site, Zawinul Online, has been the opportunity to speak with many of the musicians whose music I love. I interviewed Joe Zawinul on several occasions, both at his home in Malibu and by telephone. I have also interviewed Wayne Shorter, Miroslav Vitous, Alphonso Johnson, Peter Erskine, Ndugu Chancler, Jim Swanson (Weather Report’s last keyboard tech), and the Chief Meteorologist, Brian Risner. Along, the way I penned liner notes for two albums, wrote a long feature article about Joe for Wax Poetics, and this site has been acknowledged as a source in three books. I feel lucky.

Anyway, I hope you enjoy the new, improved annotated discography. If you have any feedback, feel free to leave a comment or contact me via the Contact page.

Performances On This Day (Jul 04)