John Kelman at All About Jazz has written a lengthy and excellent article/review about the new Jaco documentary and The Legendary Live Tapes. If you want to know what these releases entail, you can’t do better than John, who has always had a sympathetic ear when it comes to Weather Report.

I haven’t seen Jaco yet, but I stopped by my local record store yesterday and actually found one copy of The Legendary Tapes on the shelf. I’m an old school guy and I like physical media. Besides, The Legendary Tapes comes with a nice booklet with lengthy notes written by Peter Erskine. I grabbed it, although the $59.99 sticker price gave me pause, considering that I could have ordered it at Amazon for $15 less. But I like supporting the local record store, so I forked over the cash (well, I handed them my credit card). I listened to the first two tracks on the way home thinking, “This is great! Fascinating takes on familiar favorites.” I parked the car and hit the eject button on the CD player and… the CD got stuck. Argh! 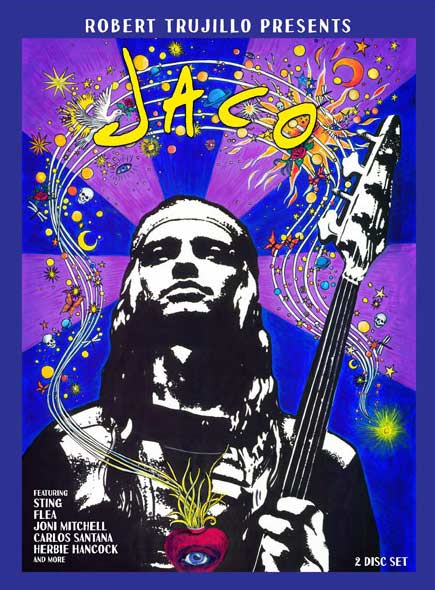 Hey, we have something new from Sony Legacy! I know that Peter Erskine has long had an interest in seeing some of this material get released. Thanks to Tony Zawinul’s efforts, representing the Zawinul Estate, to get Sony on board, there’s a treasure trove of previously unreleased live music in store for us Weather Report fans. The Legendary Live Tapes: 1978-1981 is a four-CD set of live recordings of the Jaco-Erskine band, primarily culled from soundboard recordings by Weather Report’s live sound engineer, Brian Risner. It’s due for release on November 20, but you can pre-order it on Amazon here.

Formed by one-time Miles Davis sidemen Joe Zawinul and Wayne Shorter in 1970, Weather Report defied categorization in the 15 years they recorded together. Inspired by their “electric” collaborations with Davis, Zawinul and Shorter would lead Weather Report into unpredictable territory, from free-jazz to structured but sprawling multicultural jazz-rock. Though Zawinul would reject the “fusion” genre the band are so often associated with “We don’t fuse nuthin’, we just play from the heart,” he once said their music would serve as a landmark for jazz revolution and evolution in the 1970s and 1980s.

The dramatic addition of electric bass virtuoso Jaco Pastorius to the lineup in 1976 led to an even more energetic and daring Weather Report, who would even score a crossover hit in 1977 with “Birdland.” A year later, drummer Peter Erskine joined the fold, creating one of the band’s most notable lineups; that lineup would expand to a quintet with the addition of percussionist Bobby Thomas, Jr. in 1980.

These two lineups, responsible for some of Weather Report’s most important moments, are chronicled in this four-disc set, sourced from never-before-heard soundboard tapes recorded by longtime live mixing engineer Brian Risner. Produced by Erskine and executive produced by Joe Zawinul’s son Anthony, this package uniquely showcases Weather Report’s extensive prowess as a band, opting not to replicate the ebb and flow of a standard Weather Report set at the time, instead offering a uniquely curated experience that captures the dazzling directions the group took at the arguable height of their powers.

This just makes me smile. 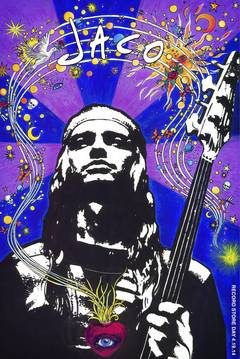