This concert was originally scheduled for Nov. 3, with Fairport Convention and Caravan. However, according to newspaper accounts the original concert was canceled because the band's sound system wasn't delivered. Another account indicates that Wayne Shorter was ill. In any event, the rescheduled concert did not include Fairport Convention or Caravan. Instead, a local band, Coal Kitchen, opened. 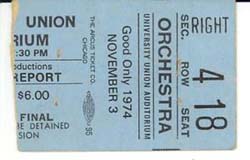 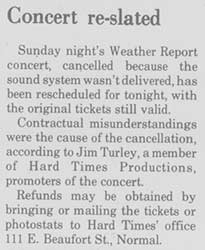 Performances On This Day (Nov 30)