So I was watching a news item about the new movie Summer of Soul and… Wait a minute, is that Andrew White?

Indeed, there he was, standing behind Stevie Wonder (who’s playing drums), electric bass in hand. Wow. I knew from talking to Andrew and Hershel Dwellingham that White had played bass in Wonder’s band, but I never expected to see footage of him doing so.

At this point you may be wondering, what is Summer of Soul ? Summer of Soul … (Or When the Revolution Could Not Be Televised) is a two-hour documentary based on the 1969 Harlem Cultural Festival, a six-week concert series held at Mount Morris Park (now Marcus Garvey Park) in Harlem, New York. It was free, attracted over 300,000 spectators, and featured a remarkable cast of performers: 19-year-old Stevie Wonder, the 5th Dimension, B. B. King, Gladys Knight & the Pips, Sly and the Family Stone, Nina Simone, the Chambers Brothers, the Staple Singers, Mahalia Jackson… you get the idea.

Television producer Hal Tulchin videotaped all six concerts in the belief that he would eventually be able to sell the material or develop his own documentary out of it. Instead, the tapes sat in his basement for decades before eventually forming the basis for Summer of Love, which also examines the cultural environment in which the concerts were held. It was released in theaters this past summer and is currently streaming on Hulu. After seeing the CBS news piece, I sat down and watched the movie itself, and it’s great. The footage is remarkable. It’s fair to say that at points it caused tears to well up in my eyes. I highly recommend you seek it out.

So back to Andrew White. If his name doesn’t ring any bells, check the liner notes for Sweetnighter. White was recruited for that album specifically to provide a Motown feel on electric bass; he can be heard on “Boogie Woogie Waltz,” “125th Street Congress,” and “Non-Stop Home.” Joe and Wayne previously knew White as a reed player—he played English horn on I Sing the Body Electric—but when Zawinul saw the 5th Dimension on television one night, he recognized White playing electric bass. “Joe was looking at the television and saw me doing that shit, and we knew each other,” White recalled to me. “He said, ‘Wait a minute! I know Andrew from the JFK Quintet and ‘Ball and Art Blakey.’ So he called Wayne and said, ‘Wayne, call Andrew to see if he’ll come over here and make this record with us.'”

In addition to White’s playing, Joe was taken by his stage mannerisms—what Andrew called his eccentric dancing. “I was doing that while I was playing,” White said. “And Joe had never seen nothing like that because he had never been to any Motown shows and seen any of those bass players or musicians who just had their own kind of thing. Actually, what it is is choreography. And because it’s choreographed in such a way in music, you are distracted by the musicality of what’s going on and you don’t know what you are looking at.”

Other musicians who appear in Summer of Soul that have a Weather Report connection:

• Ray Barretto, who fronted his own band in 1969. Barretto played on the first album Zawinul made under his own name (To You with Love, recorded in 1959), and also makes an appearance on Mysterious Traveller‘s “Cucumber Slumber.”

• B. B. King. He doesn’t have a direct connection to Weather Report, but King did headline a couple of concerts in 1972 and 1973 in which Weather Report was also on the bill. Alex Acuña told me that on the day Joe came to Las Vegas to meet him in 1975, they went to see Bill Cosby and B. B. King perform at the Hilton and chatted backstage. When they left, Joe said, “I would love to play with B. B. King one day.”

• Hugh Masekela. Before joining Weather Report, Omar Hakim and Victor Bailey played some gigs with Masekela. During the sound checks Omar and Victor noticed that they had a special connection, and Hakim subsequently recommended Bailey to Joe and Wayne.

Obviously most of these are trivialities when it comes to the overall scope of Summer of Soul, but this is a Weather Report website and sometimes we get into the weeds! In any event, see Summer of Soul. You won’t regret it. 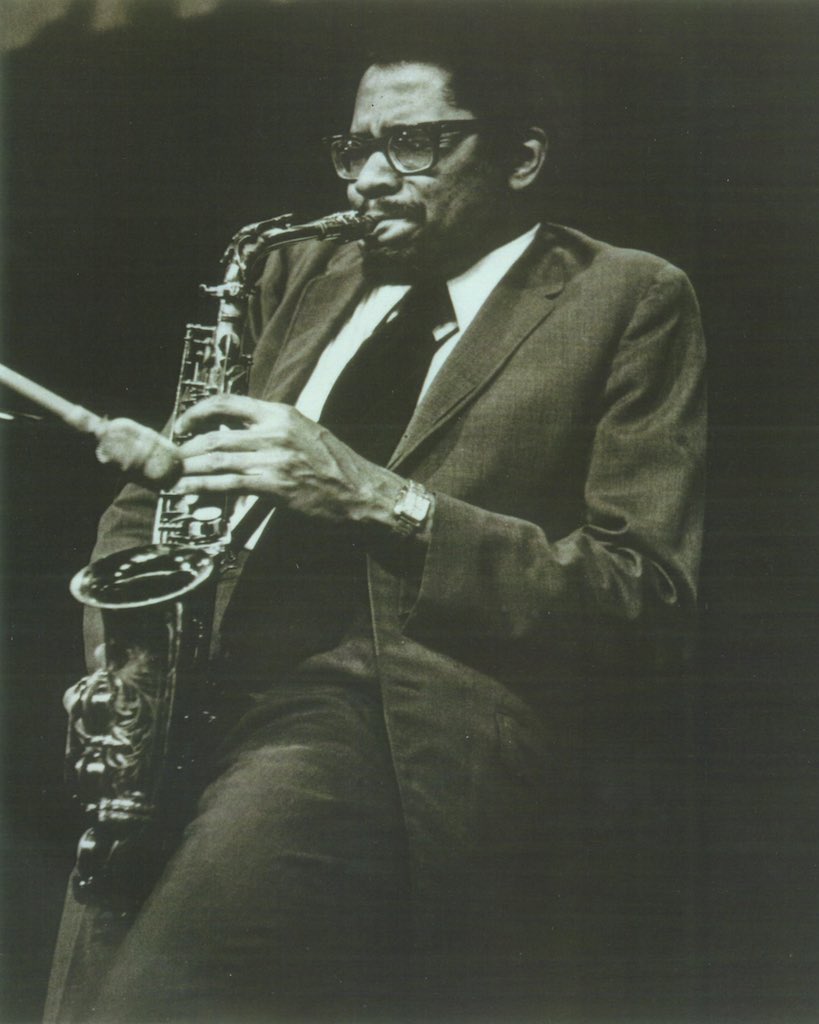 When I think of Andrew White, the first phrase that comes to mind is “one of a kind.” There truly was no one quite like him in the jazz world, if not the world at large.

For nearly fifty years he ran Andrew’s Music from the same unassuming house in Washington, D.C. He never entered the computer age, never had an email address, and didn’t use a cell phone. If you wanted to contact him, you either had to call his home (which invariably resulted in getting his answer machine, one of his few nods to the modern age), or you had to write him a letter and send it via postal mail.

Whenever I wrote him, I addressed him as:

I got these titles from his books. It’s how he described the various roles he undertook while running the one-man shop that he used to produce and sell his own records and publications. He billed himself as “the most voluminously self-published artist in the history of the music business (so I’ve been told),” and his catalog listed thousands of items for sale from Andrew’s Music.

White was recruited by Joe and Wayne to play electric bass on Sweetnighter because Joe had seen him with the Fifth Dimension on television. Zawinul thought White could provide the funky underpinnings that he wanted for Weather Report’s new music. Before the Fifth Dimension, White played bass in Stevie Wonder’s band. These gigs paid well, and they bankrolled his other activities, including making his own records and faithfully transcribing hundreds of John Coltrane solos.

He also sold a transcription of his bass part on “125th Street Congress.” “That’s one of my biggest bass transcriptions in terms of sales,” he told me in 2017. “And every time Columbia puts that record out, people look on there to see who the bass player is, and it’s me. And then they start calling me. And I say, well, if you want to play like me, you buy that transcription. I’ve been selling that transcription for thirty years.”

While jazz was White’s primary love, he was never fully accepted as a jazz artist of stature. In a 2019 Jazz Times profile, White said, “My whole career started out, even in 1960 when I came to Washington, with a severe handicap, which is, I was told very early on that I had no commercial viability,” he says. “My saxophone sound has too much resonance in it, and I was told it would not register well on recording tape, so I couldn’t make good records-and they wouldn’t even know what to do with the records anyway. So I’ve been off in the corner ever since. But nobody ever said I couldn’t play.

“Nobody was knockin’ on my door, so I knocked on my own door, because I had the resources from [professionally performing] rock ‘n’ roll. There are other fellas in my ilk like Coltrane and Eric Dolphy and Ornette [Coleman], they probably didn’t have the resources to do it themselves, and if they did who knows what we could have had from those cats, because they were working under what they call professional supervision. I’ve done all this myself, so I’ve never had anyone tell me what won’t sell,” he laughs in his deep, distinctive guffaw. “I put it all out myself and it’s done well for me, but then I’m not ambitious either. I’m happy with the sales I get, which wouldn’t impress somebody else who would tell me what won’t sell and who probably wouldn’t put it on the record. And who knows how much music that Coltrane had, and all those cats, who never got to even play it in the studio because somebody told them, ‘Well, we don’t need this.’

“I was considered an oddball just like they were. I think Coltrane and Eric and Ornette, to a lesser degree, they didn’t have so much resonance in their sound that it wouldn’t register well on tape.”

If that lack of acceptance hurt Andrew, you wouldn’t know it by talking to him. He was a cheerful man with a big, hearty laugh. He conducted himself with the satisfaction of having done things on his own terms. I will miss him.