So fresh on the heels of performing at the Third International Music Forum in early July, Weather Report flew back to the States for a Monday afternoon concert at the Newport Jazz Festival on July 5. As I described in my book, Elegant People, this was viewed by Columbia Records as a sort of coming-out party for Weather Report, whose debut album had been released a month or so earlier. Also on the bill were Miles Davis and the British progressive rock outfit, Soft Machine.

With that lineup, this would have been a great concert to attend, right? Except it got canceled after gate-crashers stormed the stage on Saturday night, destroying the equipment on stage and causing a near-riot. As a result, the City of Newport put an end to that year’s festival, which was forced to relocate to New York City the next year after it became persona non grata in Rhode Island. Later in the year, Weather Report participated in a benefit concert to help recoup some of the losses incurred by George Wein, the festival’s organizer. 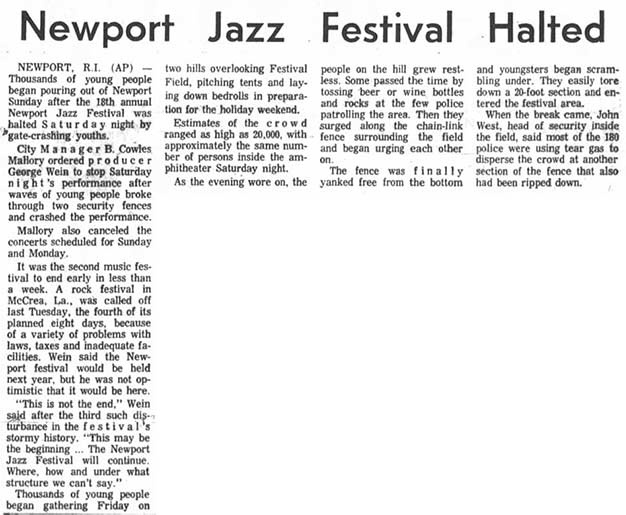 Associated Press report about the cancelation of the 1971 Newport Jazz Festival.